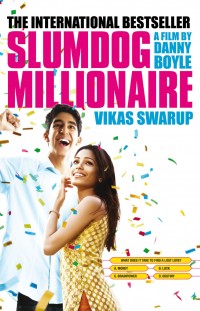 The first time I came across this film was a few years ago and the vague memory I have about it is that is was a heart-breaking, touching, horrific and exhilarating movie at the same time. Watching it over and over again made me reach conclusions and see new meanings I hadn’t noticed on my first viewing.

The film opens as Jamal Malik, a young Indian man in his early 20s, competes on the television show Who Wants To Be A Millionaire, and is about to win 20 million rupees. In the next scene he is being tortured by the police because they think he is cheating as he is not educated and is a child brought up in the slums. Afterwards, his story is being told in flashbacks so the viewers are able to see how he came to know the answers to each of the questions.

During the flashbacks, we meet him and Salim, his brother, living on the streets after becoming orphans and being exploited by gangsters to become street beggars.

At this point, we can clearly see that the film is shown on screen from three different time periods and places: the game show, the one that drives the story, the police station where Jamal is being tortured, and the boy’s life. Each of them told chronologically adding up to one story: the love story between Jamal and Latika, the orphan young lady he has always loved, and who was his childhood companion during the horror they lived in the street of Mumbai.

Despite the three different time periods, the film maintains the traditional three act structure so we can realise that the three act structure is not about time, it’s about story. On the one hand, the first act establishes the love between Jamal and Latika and creates conflicts that put them apart through the three time periods; on the other hand, the second one, through the three time periods again, focuses on the conflicts that bring them apart. One clear example would be that during the game show, the questions become more and more difficult. And finally, in the third act, our hero resolves the conflicts entirely – the love story, the game show, and the situation at the police station.

Some influences can easily be identified related to the way the film is structured and the way the story is being told. One of them could be the filmMemento, the physiological thriller directed and written by Christopher Nolan in 2000. Memento opens with the end and goes backwards in order to show how the end came to be. Nonetheless, even if the story is told following the backwards storytelling method, similar to Slumdog Millionaire, it follows the three act structure, showing why events happened, not what. The same can be said in the German film Lola Rennt (1998), in which we can see the same story told three times in different ways.

Additionally, we can add that in a lot of moments during the film we can deduce that it might as well could have been a Greek drama about gods and fates. Fate or coincidence is ringing throughout the whole film. Initially, the film starts with a black screen and with a question in the quiz saying, “Jamal is one question away from winning 20 million rupees. How did he do it?”. Later on, at the end of the film the question is answered over the frozen pictures of the final kiss between Jamal and Latika: “D) It is written”.

Following this, throughout the film, Jamal is mentioning the topic of fate a few times. For instance, when Latika and him are lying in bed when they are still young and he says to her that being together is their destiny. He repeats the exact same sentence to Salim while he is looking for her, “She’s my destiny”.

According to all the facts explained before, it is clear that we are dealing with a romantic drama genre. The main convention for the romantic genre is the kiss and the situation of boy meeting girl that we find in all film romances. Without these two features, the film wouldn’t be considered romantic. Moreover, there is a scene in the middle end of the movie in which Latika is with Salim. That kind of fight to win over the female protagonist is typical in most romantic dramas.

Nevertheless, the Bollywood genre of Indian convention is beating throughout the film as well. The movie is shot in the heart of the slums of Mumbai where the protagonist, Jamal Malik, lives as a child with his older brother Salim to high rise vistas and no less than the Taj Mahal. And the language spoken is the one that people speak there so that makes it be part of the Bollywood genre.

“Slumdog Millionaire” bridges these two Indias by cutting between a world of poverty and the India in which “Who Wants to be a Millionaire” takes place.

For one thing, we can see the India where Jamal was born into a brutal existence, mired in poverty, people living in the streets. A woman crawling from a cardboard box… Men relieving themselves by the roadside. For another, we can see the world’s largest middle class. The India of millionaires. Mercedes-Benzes and Audis, luxury condos, exploding education, etc.

Another important feature worth mentioning is the identification of the presence of the melodrama in Slumdog Millionaire. To begin with, melodrama focuses on victim-heroes and the recognition of their virtue. So in Slumdog Millionaire we have our hero, Jamal, who is one of the victims of the poverty-stricken situation in India and that later on he ends up competing in the well-known contest Who Wants To Be A Millionaire and winning 20 million rupees for the first time in history. That gap between the two different worlds is identified by the dialectic of pathos and action: the conflicts going on and the way Jamal resolves all of them at the end of the film.

Last of all, one of the things that struck me about Slumdog Millionaire, though I dislike the hyper-romantic disregard of reality as there are too many perfect coincidences going on, is the cinematography that the film uses, which turns up to be dazzling and fulfilled with driving music. Danny Boyle combines the suspense of a game show with the vision of a corrupted past in the slums of Mumbai. I was truly amazed with the agitated camera movements, avant-garde compositions, wide angels and so on. A modernist style that is only broken at the end of the film when at the train station the bridge of the gap with the Bollywood dancing sequence takes place.

About the author: testing

Sustainability Week: Learn How To Take Care Of Our Planet By Living a Sustainable Lifestyle
February 19, 20190

Recently, the UN warned that we have 12 years to limit climate change catastrophe. Therefore, ...

The main goal in the Sustainable Fashion industry, is to create a system which can ...

I recently bought the Galvanic Spa from Nu Skin and have been trying it out ...

Damaged hair. We've all been there. Blow dryers, products, and weather take a toll on ...